Full disclosure:  I’m a former employee of one of the Coca-Cola bottling companies, so I may be a bit biased.  BUT, I love the new Diet Coke lineup.  The colors of the cans, the flavors – it’s a new and refreshing look and some fun new flavors. 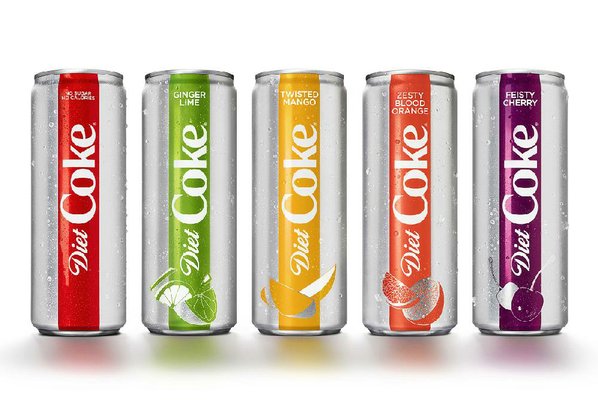 I know there’s a lot of “soda haters” out there, and I know there’s also a lot of folks who hate artificial sweeteners.  That’s totally fine – everyone is entitled to his or her opinion.  But in MY humble opinion, they aren’t evil or killers if enjoyed responsibly.  As I often say, Everything In Moderation.

That said, I decided to try all four flavors of the new Diet Coke.  I started with the Zesty Blood Orange, as the twelve pack was an impulse buy while in line at the grocery store.  Then a couple days later I discovered that Target was selling individual cans.  Yay!  An excuse to try ’em all. 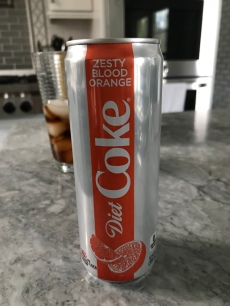 Zesty Blood Orange:  I poured this for the first time while at work.  My first impression was, “not bad.”  The orange flavor was subtle.  I imagine it would be delicious mixed with bourbon (an experiment I am hoping to run this weekend).  While I was sitting at my desk, typing away, I noticed a sort of hot/spicy taste in my mouth.  I couldn’t remember eating anything spicy for lunch, and then I realized it was the Diet Coke!  I’m not sure what the zesty zing is, but I think it may be ginger.  It was weird, but I kind of liked it.  Conclusion:  Not something I would drink much of, but like I said, it could be good mixed with some adult beverages.  And I did eventually polish off that 12 pack! 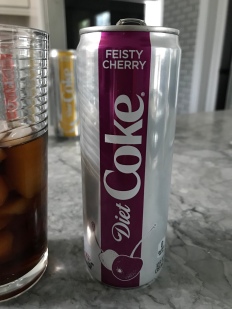 Feisty Cherry:  At first I thought it was no different from regular Diet Cherry Coke, but then I got that “zing” again.  There is something in it that makes it a teensy bit more feisty than the regular stuff, but otherwise it seemed pretty much the same to me.  Conclusion:  Not bad.  I would drink this again because the flavor is pretty good.  But it is definitely not something I’d drink on a regular basis. 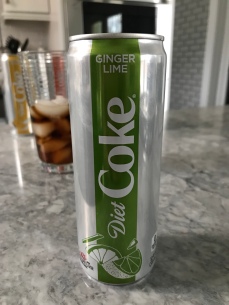 Ginger Lime:  My favorite.  And after tasting all of them and forming my own opinions, I did a quick search online which revealed that for most folks, this was the favorite flavor of the four.  It has a light and refreshing flavor.  I poured it over ice and it went down pretty quickly.  Conclusion:  I will probably buy this again, because it’s nice to have a variety of beverages to choose from.

Twisted Mango:  I don’t know that “twisted” is the right adjective.  It was more like Mellow Mango – there was just a hint of mango, so it was definitely not overpowering.  I thought it was the weirdest sounding flavor of the bunch, but after tasting it, it actually wasn’t too bad.  A bit on the sweet side for my taste.  Conclusion:  I was surprised that the flavor did indeed taste like mango, but it was nothing exciting.  Not bad, but not my favorite.  Probably won’t have again. 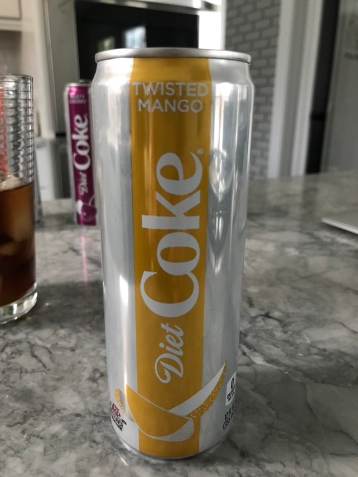 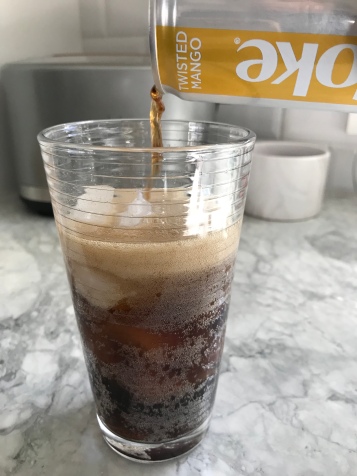 I like that Coke is trying to be innovative with new flavor combinations, and the new cans really look nice and eye-catching.  I did find that in general, they all taste better poured over ice and cold.  Drinking it straight from the can, or allowing it to come to room temperature doesn’t produce the best flavor.  As I stated before, I don’t drink a lot of soda, but I do keep it on hand and enjoy it occasionally.  Have you tried any of the new flavors?  Which one was your favorite?

Every day is #nationalpetday at our house. Cheers to my two favorite floofs. They make me smile every day. #hungarianpuli #havanese #floofsofinstagram
Friends with thyroid problems: do you avoid cruciferous veggies like kale, broccoli, cauliflower, bokchoy , and cabbage? I’ve read a few articles recently about how they can interfere with thyroid function and if you’re hypo you should avoid them. What?! I love kale a good kale salad like the one pictured here which I’m eating for lunch today! #theresaskitchen #eyesonthegoodlife #kalesalad #hypothyroidism
Easter Dinner turned out great! Everything was a new recipe, so I was worried but it all turned out great. And there were only 3 of us, so... Rosemary Grilled Lamb Loin Chops, Vegan Scalloped Potatoes, Grilled Asparagus, Roasted Radishes. We had those deviled eggs (from a previous post) for the appetizer and of course, the GF Coconut Cake for dessert. Everything was gluten free and dairy free. Believe it or not, those vegan scalloped potatoes were delish! I used Carnation Evaporated Almond Cooking Milk and butter flavored coconut oil. I also sprinkled nutritional yeast on top for extra flavor. Asparagus on the grill is so easy and tastes so much better than boiled or steamed. Only 3-4 minutes and it was done. The oven roasted radishes were another surprise. I halved them, tossed in olive oil, sprinkled with salt, garlic, onion, and smoked paprika powders. And the lamb loin chops - so good. The little bones are a mild annoyance but the flavor was delish. #theresaskitchen #eyesonthegoodlife #glutenfree #dairyfree
Gluten-free Coconut Cake! However the “birds nest” in the second photo is made of chow mein noodles, so gluten free except for the nest! #easterdesserts #coconutcake #glutenfreecake #theresaskitchen #eyesonthegoodlife
I’m one of those people - I keep my dining room table set with place settings all the time, even though we rarely use the dining room. And I change out the dishes and centerpieces with the seasons. Here’s the spring look with Easter plates added. Maybe we’ll eat in here on Sunday since it looks so pretty! #theresaskitchen #eyesonthegoodlife #springtablescape
#deviledeggs ready for tomorrow! #theresaskitchen #eyesonthegoodlife