Two weeks before arriving in Maui, I pre-booked several activities, including a snorkeling trip with the Pacific Whale Foundation.  I spent hours on the internet, reading reviews and looking for deals in order to find the perfect excursion.  There are many to choose from, but I landed on PacWhale Eco-Adventurefor a few reasons, most importantly because they are a non-profit organization, and all proceeds support research, education, and conservation efforts.  I felt that this was important, because it meant that the crew was more purpose-driven than money-driven.

The boat departs early in the morning from the marina on Front Street, as do several other tours, so make sure you’re at the correct spot.  You are supposed to check in at the PWF store on Front Street, but I didn’t follow directions and went straight to the marina.  The guy at the boat was kind enough to check us in without making us walk back to the store.  Before boarding, they snap a picture of your group which you can purchase upon return if you wish. Once on board, the crew serves a light breakfast of fruit and banana bread, as well as coffee.  They offer different snorkeling destinations; for ours I chose the trip to Lana’i.  It’s a long boat ride out – I think maybe an hour and a half.

During the entire cruise, various crew members educated us on everything from marine life to how to put on your snorkel gear and enter the water.  It was both interesting and fun.  Along the way we saw lots of dolphins, so the boat slowed and we had ample opportunities to observe them swimming and snap some photos.

When we got to Lana’i we could snorkel on our own, or follow along with one of the crew members on a “reef tour.”  He was super enthusiastic and pointed out lots of different fish and other marine life.  I was impressed with how knowledgeable everyone was and how nicethey were.  They also had crew members positioned both in the water and on the boat, acting as life guards and assuring that everyone was safe and having a good time.  They do offer wet suit jackets for rent for only $10, and I highly recommend this as it keeps your torso warm as well as provides some buoyancy.  They also provide flotation belts and noodles.

After snorkeling, they served lunch which consisted of grilled chicken, veggie burgers, or hotdogs (grilled fresh on the boat), and some salads. It’s a very well-run operation and the crew was both informative and a lot of fun.  We saw some truly beautiful sights and were back at the marina around 2:00. 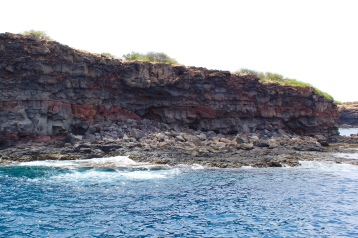 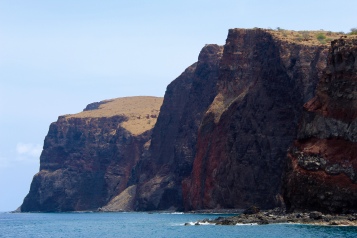 Here’s the downside: motion sickness.  I think about 15-20% of the folks on board (including me and my family) felt the effects of the ocean.  One of my daughters was miserable all the way out, and I was pretty queasy myself, but once we got in the water, we were fine and had a great time. Back on the boat, however, I just couldn’t bring myself to eat any of the nice lunch they prepared as I immediately started feeling the rocking of the boat.  They did provide little buckets for anyone who was sick, and ginger ale to all who suffered, but I HIGHLY suggest that you bring along some non-drowsy Dramamine, or get the prescription anti-nausea patches because it’s a huge bummer to feel so sick out on the water for so many hours.  Also, be careful to not swallow any sea water.  My other daughter accidentally swallowed a bunch while snorkeling and ended up very sick all the way back (she was one of the unlucky who needed a bucket!).  The other thing to note is this is a large group – I’m guessing 100 people.  If you’re looking for a more intimate setting, this isn’t the one for you.  It’s great for kids and beginners as well as adults and experienced folks and anyone who is passionate about the environment and conservation.

*Tip:  bring reef-safe sunscreen.  They provide some for you to use when you arrive but we brought our own. There are bad chemicals in “traditional” sunscreen that kill the coral reefs, so do your homework before heading out.

We spent the rest of the afternoon napping at the townhouse before heading out to dinner.  Hours of snorkeling and motion sickness will wear you out!  We decided we wanted to go casual, after our exhausting morning and ended up at Down The Hatch.  I found this on a “Top 100” list for Maui restaurants and was intrigued with some of the items on the menu, like lobster & crab grilled cheese, mermaid fries, and lava lava shrimp.  It turns out the owners are from Atlanta!  And, Guy Fieri featured this place on Diners Drive-ins and Dives in 2017 –   It’s tucked away in the lower level courtyard of a strip on Front Street.  Counter service, so grab a menu and get in line (or pull it up on your phone), order at the counter, and a server will bring it to you when it’s ready.  The employees are all super friendly and happy to answer any questions.

We tried the previously mentioned lobster & crab grilled cheese, their chicken sandwich, seared Ahi tacos, and the chicken and waffles.  OMG.  I don’t know if this tasted so good because we were hungry after our snorkeling day or if the food was really that good. My husband declared the chicken and waffles the best he’s ever had, and one of the top 10 meals he’s ever had (bold statement).  My tacos were perfect and the pickled red onions with wasabi aioli was just the right touch.  My oldest daughter got the grilled cheese and she said it was delicious.  My younger daughter ordered the lava lava spicy chicken sandwich and absolutely loved it.  Both sandwiches are HUGE and the lava lava sauce on the sandwich (as well as some other menu items) is a combination of spicy chili sauce and mayo.  Excellent cocktails and good music.  I was singing hits from the 80’s the entire meal.  My husband grabbed a boozy shave ice next door at Breakwall Shave Ice Co.  It was HUGE and tasty (and very boozy!)

Afterwards, we did a little shopping on Front Street, and stopped in at Hawaii Gelato for dessert.  The gelato is delicious, and they have several non-dairy options. They also serve espresso and coffee drinks.  And, the highlight of the evening was watching the sun set over the ocean.  We had a nice view of it from the sidewalk while we were out shopping, and took several minutes to just stand there and watch it in all its beauty. 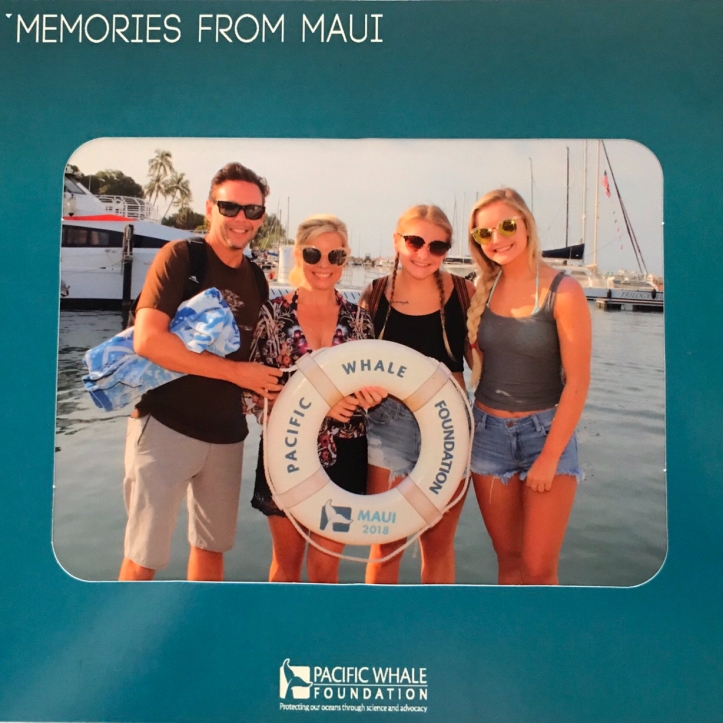