This is one of those posts in which I get serious for a moment.  It doesn’t happen often, but when it does, it’s because something is weighing heavy on my mind. 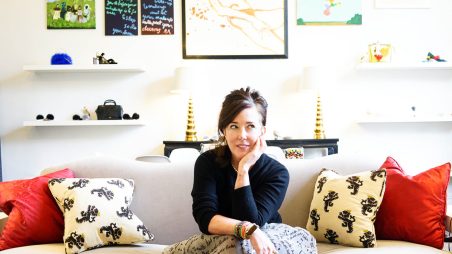 Two of my favorite creative geniuses, gone this week.  It’s a strange feeling, losing someone you never even knew on a personal level.  It’s not the first time – back in my college days, I was devastated when Kurt Cobain took his life years ago, and felt the same with the more recent suicides of Chris Cornell and Chester Bennington.  With the news earlier this week of the death of Kate Spade, I found myself again feeling sad for someone I didn’t even know. I adored her classic designs with the happy pops of color and whimsical accents.  Everything about Kate Spade items exude a happy, positive vibe, not to mention her smiling, freckled face.  So it’s hard to comprehend that the person who created such bright and lively designs, and who was successful and adored by many, could have a darkness inside her that ultimately took her life. 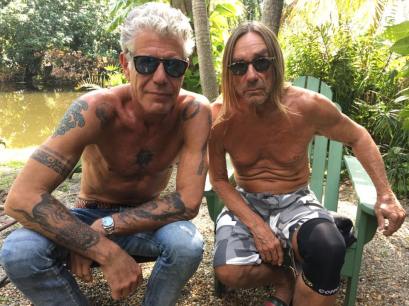 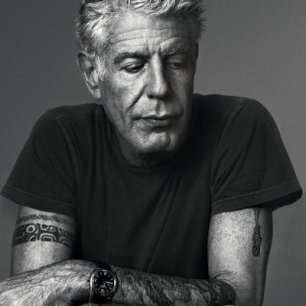 And Anthony Bourdain. I’ve had a crush on him for years. I loved his rugged, no-nonsense approach, his love of classic punk rock, and his passion for people, food, and experiences around the world.  I’ve read his books, watched his shows, followed him on Twitter, and saw him on his 2015 tour. During his performance, he spoke so lovingly of his daughter, and with fondness of his then wife (whom he later divorced).  He cracked jokes about other celebrity chefs, talked about his love of such diametrically opposed restaurants, Popeyes and Sukiyabashi Jiro, and praised the U.S. military.  So again, it’s hard to comprehend that inside a lively soul, there was something else.  Depression is like that – it likes to hide.

I bought a copy of All in Good Taste and a pair of glitter Kate Spade collection Keds slip-on sneakers this week.  I’ve wanted both for a long time, but told myself over and over that they were unnecessary splurges.  This week I listened to my inner voice that said, “Life is short.  Buy the shoes.”  I considered emptying the contents of my Kate Spade purse and packing it away, preserving it, but decided it made more sense to use it, because I like it.  And I have a feeling that Kate herself would have advocated wearing the purse out over stashing it in a closet. 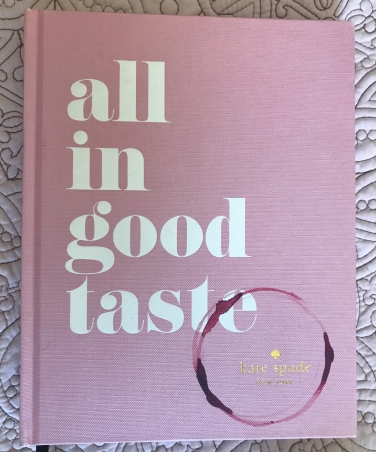 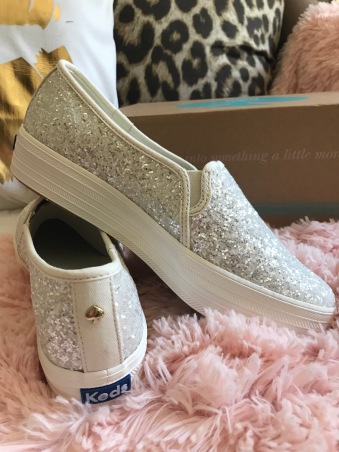 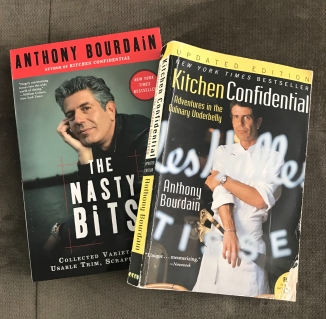 This morning I pulled my copies of Kitchen Confidential and Nasty Bits off my bookshelf and thought about how I had always wanted to have them signed, but now that will never happen. And then it hit me – there are people every day, mourning the loss of their loved ones to suicide.  It’s not books that they’ll never get signed, but it’s holidays they’ll never spend together again.  It’s children who will grow up without a parent, and spouses who will have to get on alone, and parents whose hearts will never mend from the loss of a child.  It’s thousands of unnamed people, unknown to most of us, who suffer from depression or other mental illnesses and eventually succumb to death caused by their disease.

We quickly treat with the best care we can find and afford all sorts of diseases that can potentially kill us:  cancer, infection, flu, hypertension, and diabetes to name just a few.  But we don’t respond with the same urgency to depression and mental illness.  And that perplexes me.  It doesn’t matter how healthy the rest of your physical body is, if your mind isn’t. While you can sometimes look at someone and see visible signs of illness, there are still many silent killers out there – illnesses you cannot see on the outside.  Depression is one of those.

Someone may come across as happy, with a love for life, but that person could be suffering from depression. Someone else may come off as unfriendly or standoffish, but that person could be suffering from anxiety.  Often these folks feel guilty for feeling the way they do.  They think that they have no right to feel that way when their lives are so good – and we may be asking the same questions.  How could she kill herself when she was so successful?  She seemed so happy!  How could he take his life when he seemed to enjoy life so much? How could they leave behind children and people they love?  Because depression doesn’t care how rich you are, how successful you are, or how you appear to the rest of the world.  Just like any other physical disease.

It’s startling to read the statistics:  that suicide in the United States has increased 25% since 1999 and that it’s one of the top 10 causes of death in this country.  You probably know someone who has been impacted by suicide in some way, whether family or friend.  I do. I have friends who have lost parents, children and other loved ones.  My husband lost a friend just two weeks ago to suicide.  It’s preventable, and we need to work to get these rates down; we need to help people get the care they need; we need to work to save lives; we need to understand the disease.

So while we mourn the loss of famous people and those we know, let’s not forget the thousands we don’t know.  It starts with awareness, and then understanding, but it will take more than that to make a difference.

Nice afternoon at a cute little winery in Ball Ground GA. Sunny, 80 degrees, live music.
RH in Yountville is beautiful! Great place for dinner in Napa Valley.
Best brunch in Napa Valley! We ordered a little bit of everything and shared it all this morning @longmeadowranch today. We started with the skillet cinnamon roll for the table along with these incredible bloody Marys. For mains we shared the brisket hash, ham sandwiches with pepper jelly on biscuits, caramelized beets with goat cheese and arugula, and not pictured sausage gravy and biscuits, and grits. O. M. G. Everything was delish!
Napa is definitely one of my favorite places 🍷 🍇
Delicious lemon caper NC trout with linguine and tomatoes last night at @blackmarlinhhi
Hilton Head Island