Coleslaw:  (from the Dutch term koolsla meaning ‘cabbage salad’), also known as cole slaw or slaw, is a salad consisting primarily of finely-shredded raw cabbage with a salad dressing, commonly either vinaigrette or mayonnaise.  (from Wikipedia)

I used to think I didn’t like coleslaw.  What I didn’t realize at the time, was there isn’t just one coleslaw recipe, and while the one that I didn’t care for was the “traditional” American version with laden with mayo and not much else in terms of ingredients besides cabbage, there were other variations that I would come to enjoy.  The Internet is home to hundreds (maybe thousands) of varieties of this classic summer side dish which is often a staple at barbecues and cookouts. 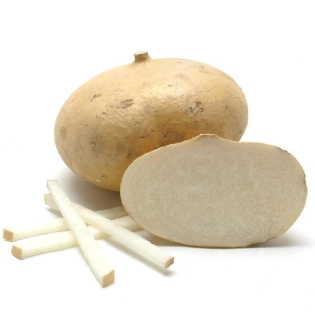 When it comes to slaw, I like it to have some crunch, a good texture, a flavorful dressing, and a variety of sometimes unexpected vegetables or fruits.  A few weeks ago, I shared a recipe for a Cucumber Snap Pea Salad in my Party Food post.  This Jicama Snow Pea Slaw is similar to that salad, with the addition of shredded cabbage and jicama.  If you haven’t used jicama, make it a goal to try it at least once this summer.  It has the texture of a crisp apple, but a mellow slightly sweet flavor similar to a potato or a water chestnut.  I know my description sounds weird, but trust me – this is a great veggie to add to your summer salads, or serve it on a veggie tray with carrots and celery.  It’s also tasty with a squeeze of lime and a sprinkle of chili powder, and much healthier than tortilla chips, if you need a snack to go with those margaritas!

This salad was inspired by and is a variation of Caitlin Sherwood’s Green Machine Slaw featured on Foraged Dish.  My husband cannot eat peppers, so I skipped the green peppers and jalapeños, and instead added the jicama for added texture.  I love jalapeños so I did slice up a few and served them on the side.  I also skipped the cilantro and almonds, and instead added freshly grated lime zest and extra ginger.

When it comes to salad dressings, I’ve been using my Tupperware gravy shaker instead of whisking the ingredients in a bowl.  I find that giving it a vigorous shake, gets the ingredients emulsified better than just a standard whisk in a bowl.

Whisk (or shake) together the lime juice, oils, maples syrup, and ginger, until well mixed, then add salt and pepper to taste.  Pour over the vegetables, and toss.  Serve immediately, or keep for up to a day in an airtight container in the refrigerator.