I finally made a decent loaf of bread!  I guess I’ve been a bit arrogant about my baking abilities, because I have been trying to bake a good, tasty loaf of bread for a while now, and just haven’t had the best of luck.  Bread is such a simple food, so it should be simple to make, right?  There is, however, and art to it, and I am just not an expert yet on that art. 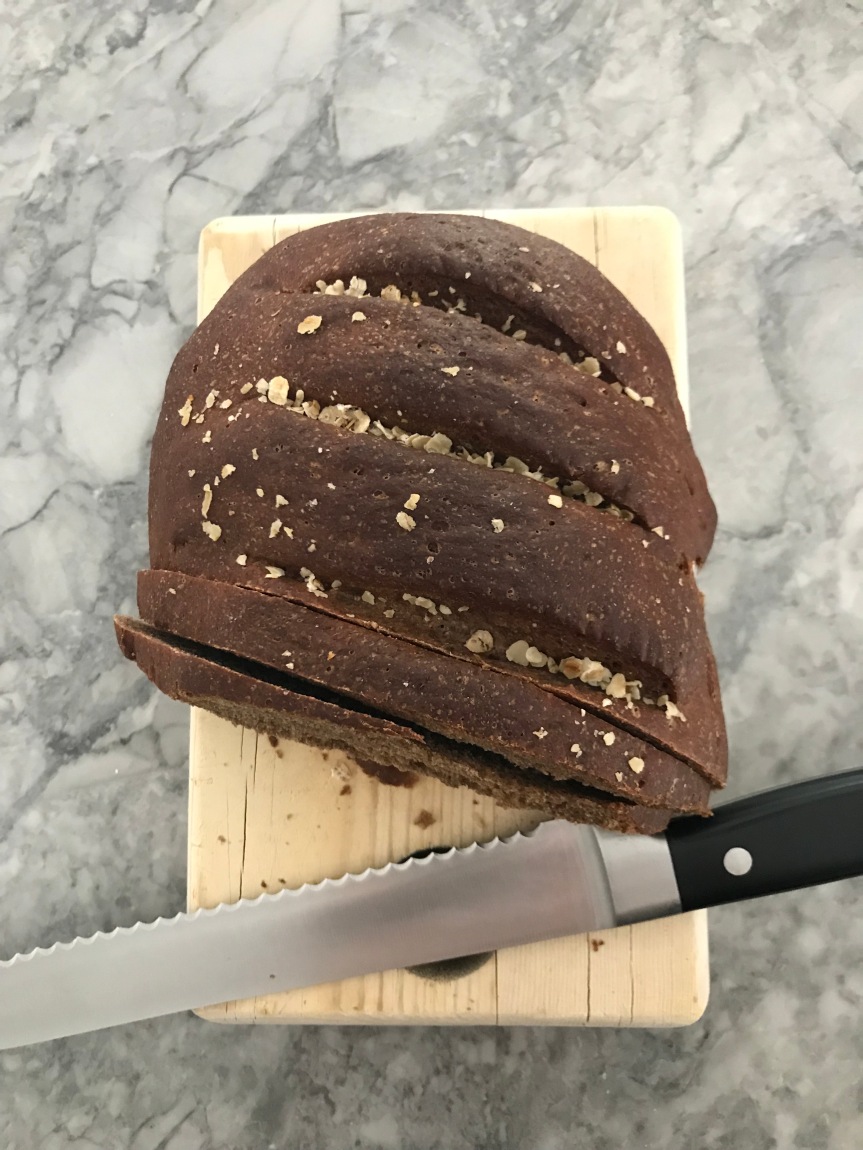 I’ve tried a variety of bread recipes, rather than staying focused on one kind.  I made a challah a couple years ago and while the texture was nice, the flavor was meh.  I made an Irish soda bread a few months back, and the flavor was delicious, but it was entirely too dense.  I whipped up a focaccia last month for a dinner party, and it was OK, but the flavor was still a little meh, like it was missing something.  I also tried to make a whole wheat “artisan” bread in my cast iron dutch oven, and it came out very bitter, with the bottom crust over done. 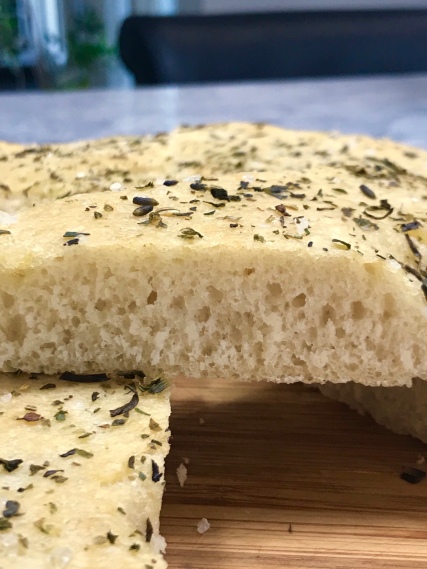 My focaccia was just “ok”

I was feeling defeated.  I can whip up cakes and cookies and bars like nobody’s business.  And I’m generally successful at regular foods I prepare, so why was I having this mental block with bread?!  I decided to start reading the recipes – really reading them, paying attention to specifics and nuances.  I read articles on baking successful bread, and the funny thing here is, for every tip, there is a tip that contradicts it.  I think what it really boils down to is figuring out what works where you are and during a particular time of the year.  You will get different results in colder, drier climates than you will in hot, humid climates.  You’ll get different results at different altitudes.  And, of course the freshness and quality of your ingredients is super important.

I was feeling inspired again, and determined, so I decided to start with this Sweet Molasses Brown Bread recipe I found on Pinterest.  While it is slightly sweet, it’s not overly so, so it is very good as a sandwich with savory ingredients, like corned beef with spicy brown mustard and provolone cheese.  It also has a nice flavor on its own, and tastes delicious warm with just a little butter on it.  It’s not too dense, but does hold it’s own.  The recipe made three small loaves, so I froze two, but then had to retrieve one from the freezer two days later because we had already polished off one!

Having finally had a success, I’m going to try to make a nice, crusty sour dough or French loaf this week.  Wish me luck!