Um, where did October go?

I knew it had been a minute since I last posted a blog.  Work’s been busy,  I’ve been in a cooking slump, and binging The Haunting of Hill House on Netflix had me a bit distracted from the real world.  But, when I logged on and realized my last post was September 30th and it’s now November 20th, I seriously had to ask myself what kind of time warp I just stepped out of.

I mean, where the heck did October go?

Here in Georgia, it’s summer for a good five months.  From May through September it’s generally hot and humid, then we’ll have a couple lovely weeks of cooler temps and lower humidity in October, followed by the depressing cold rainy days of November.  October is such a nice time of the year here, it flies by.

So, I missed out on posting my October Favorite Four beauty products, and not a single recipe or food pic!  It’s a shame, really, because I hosted book club last month and put out a Chili Bar – it was so cute with a mini hay bale which I used ot display toppings for the chili – and of course in my frazzled state of being the hostess with the mostest, I failed to take a single picture of it!  I did, however, capture my delicious Caramel Apple Cupcakes, and am sharing the recipe with you, below (scroll all the way down).  I like to put sticks in them so they look like caramel apples, but of course you don’t really need those.  The apple spice cake and caramel buttercream are delicious on their own (with or without peanuts!)

I also served a lovely Apple Cider Sangria which was so easy and looked cute in this pumpkin shaped drink dispenser I picked up at Walmart.  Oh, and it tasted pretty good, too! 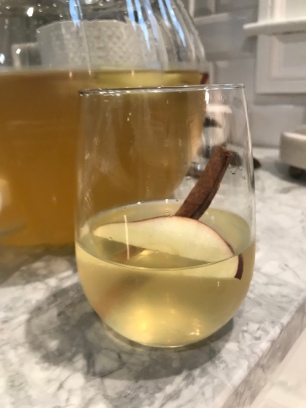 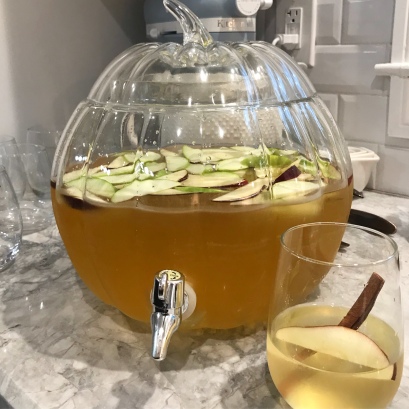 So, here’s to a very brief fall!  Only 34 more shopping days until Christmas!

Whisk the cake mix, flour and sugar together in a large mixing bowl.  In a separate bowl, whisk the eggs, sour cream and apple juice together.  Using an electric mixer, slowly mix the egg mixture into the dry ingredients  until it is all mixed together, then switch to high and beat for 2 minutes.  Fold in the shredded apple.

Using an ice cream scoop, add the batter to lined muffin tins and bake at 350 for 15-17 minutes or until the top springs back when lightly touched.  Allow to cool completely before icing.

Pipe Caramel Buttercream on top of each cupcake.  If desired, insert a lollipop or Popsicle stick into each cupcake. Drizzle caramel sauce over the top, then sprinkle with chopped peanuts if desired.  Serve immediately and store leftovers in the refrigerator for up to a week.

In a large bowl, beat the butter and shortening together until blended.  Add the caramel sauce and mix until incorporated into the butter.  Slowly add the powdered sugar, beating on medium-low and scraping the sides of the bowl until mixed in.  One tablespoon at a time, slowly add water, mixing thoroughly after each addition until the icing is of desired consistency.  Add in the caramel flavoring and beat on high for 3 minutes.

*You can add additional caramel flavoring or caramel sauce if desired, but do so just a little bit at a time!  You don’t want to make the icing too thin or it won’t stay piped on the cupcakes. 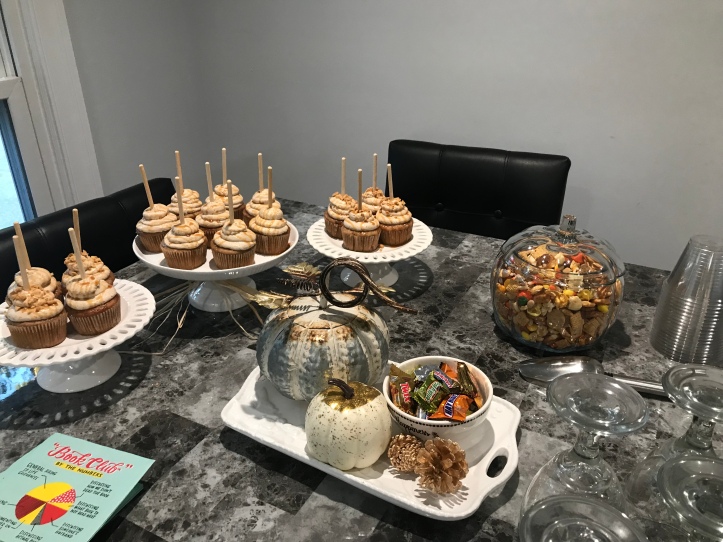