I picked up a couple of nice salmon fillets from the fish counter, but I didn’t know exactly what I wanted to do with them.  I knew I wanted something on the lighter side – no heavy sauces or strong seasonings.  With the lovely sunshine and warmer weather we’ve had lately, I wanted to serve up something that felt more like a summer meal.  I thought a nice, lemony salmon patty, crispy on the outside with a light salad would do the trick.

I started with mincing the salmon.  It was already in nice filet portions, so I simply removed the skin and diced it up, getting it chopped up as finely as I could.  I did consider putting it in the food processor for a quick chop, but was worried I would ruin the texture and make it too pasty.  So I used my chef’s knife and went to town on it. 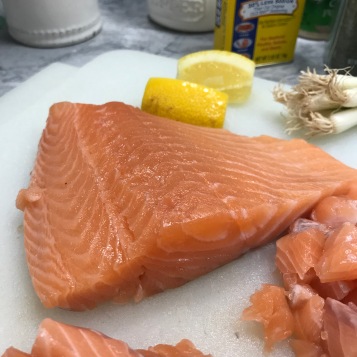 To season it, I added salt, pepper, dill, green onion, and about a tablespoon of minced lemon – peel, flesh and all.  To bind it all together, I used egg, Rice Krispies cereal, and some gluten-free flour.  I let it chill in the fridge for about a half an hour to absorb the flavors and also make it a little easier to form into patties. 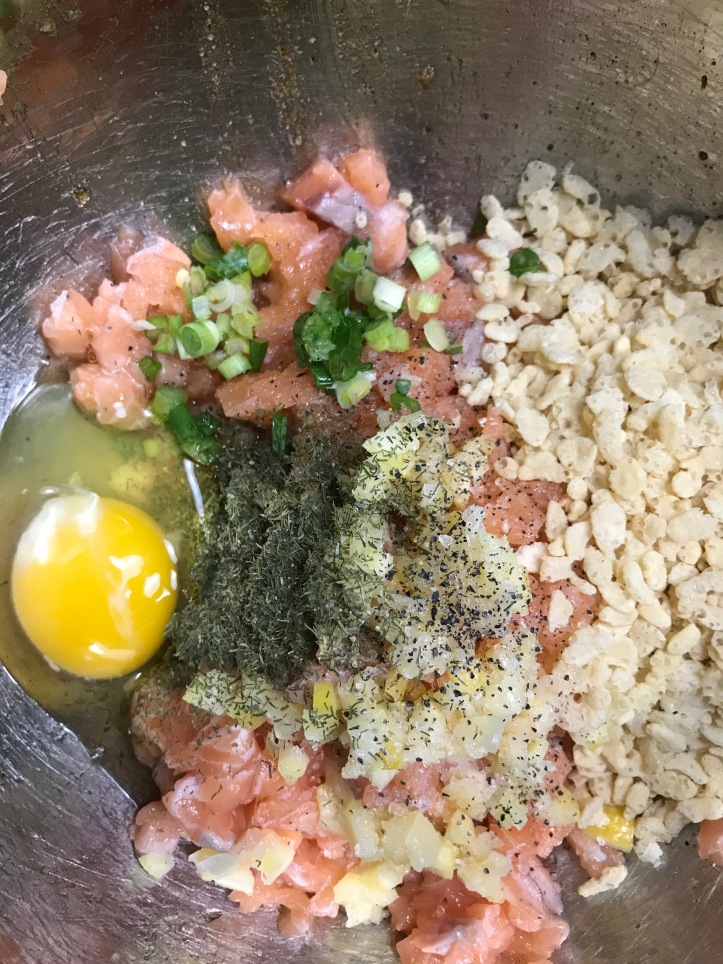 When I was ready to cook them, I heated some olive oil in a large stainless steel pan and cooked them until crisp on each side.  The key here is not disturbing them – do not move the patties in the pan until the bottoms have formed a nice, crisp crust.  If you do this, they won’t stick to the pan, and they won’t fall apart when you flip them.  Once done, I moved them to paper towel to absorb some of the cooking oil, then sprinkled a little salt on top. 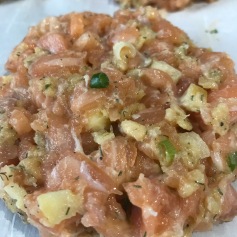 I served them with a very simple arugula salad that was dressed in nothing more than seasoned olive oil (I used a little of dill/garlic olive oil and a little lemon olive oil), a squeeze of lemon juice, a splash of red wine vinegar, a little coarse sea salt and pepper, and some capers.

I topped mine with some freshly grated Parmigiano-Reggiano cheese, but skipped that for my DF husband.  I made a mustard dill aioli sauce for my husband, and I had mine with some plain Greek yogurt and dill.  I also served some oven roasted baby potatoes that I tossed in olive oil and Old Bay Seasoning on the side. 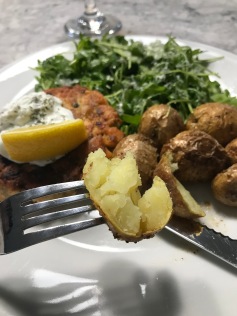 Carefully remove skin from salmon filets, then using a chef’s knife, cut into long thin strips.  Dice the strips of fish into small pieces, spread them over your cutting board, then carefully mince them into tiny pieces without making them “mushy” or pasty.  The key is to have a nice, textured “ground” fish.

Move to a large mixing bowl and season with approximately 1 teaspoon coarse sea salt and 1/4 teaspoon ground pepper.  Add in the minced lemon wedge, dill, crisp rice cereal (or bread crumbs) and the beaten egg.  Using a fork, mix everything together until all of the ingredients are distributed throughout the mixture.  Fold in the gluten-free flour with a large wooden spoon or spatula.  You’ll notice the mixture start to thicken and stick together.  Place the bowl in the refrigerator and allow to chill for 30 minutes.

Remove the salmon mixture from the fridge and form into 4 patties, placing them on parchment paper (this will prevent the patties from sticking to a plate or the counter and make it easier to handle them).  Heat the olive oil in a large, heavy bottom stainless steel pan over medium-high heat.  Once the oil is hot, carefully place each patty in the pan. *Do not move the patties once they hit the pan!  Allow them to cook, approximately 3-5 minutes until a crisp crust forms on the bottom, then flip. Allow to cook another 3 minutes or until that side is browned and crisp.  Using a spatula, move to paper towels to absorb any excess oil.  Sprinkle with a little salt and serve. 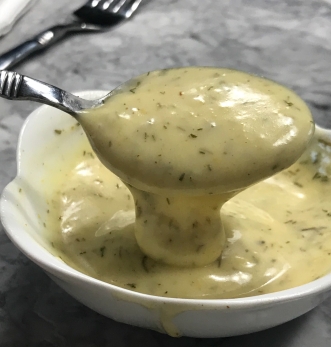 Whisk ingredients together in a small bowl until smooth.

Place the arugula in a large bowl, and sprinkle all ingredients except the cheese on top.  Gently toss with a fork.  Spread across 2-3 plates to serve, then top with grated cheese if desired.

Line a cookie sheet with parchment paper and preheat oven to 400.  Toss the potatoes, oil, and seasoning in a large bowl, then spread on cookie sheet.  Roast for approximately 20 minutes or until tender in the middle.  Serve immediately.  Add additional Old Bay if desired!